—
If someone had told you, nine months ago, that people were going to pour buckets of ice water over their heads, and that it would so permeate the public consciousness as to become the single most successful fundraising campaign in history, you would have been right to call them crazy.

Today, the idea seems to have been brilliant.  But before the campaign began, no one could have known that the ALS Association would raise $41-million in less than a month – double the amount raised in the entire previous year – while engaging 740,000 new donors and raising awareness with hundreds of millions if not billions of people around the world (Cache #168).

So it is not impossible that the campaign of the Vimy Foundation, to have Canadians henceforth refer to the $20 bill as a Vimy, might succeed.  The campaign is timed to dovetail with the 100th anniversary on April 9, 2017, of Vimy Ridge – the First World War battle that is regarded by many historians as the moment Canada truly became its own country.  Before that day, Canadian soldiers had always fought under British command. 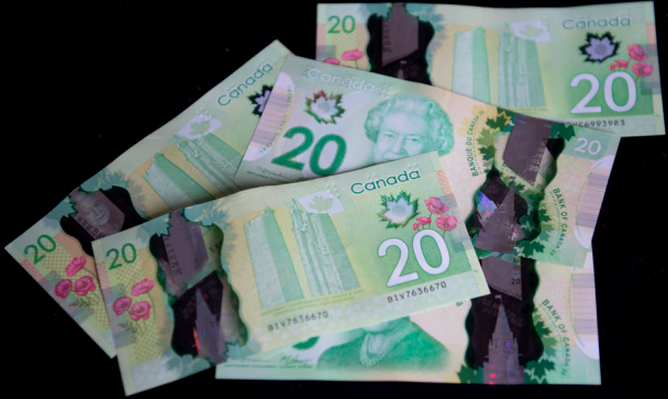 On that day, Canada lost a mind-boggling 3,600 men with another 6,000 wounded, but won an important strategic victory – with Canadian leadership at the helm.  The battle has been most notably commemorated with the dramatic Vimy monument in France – which appears on the back of the Canadian $20 that was newly issued in 2012.

The Vimy Foundation’s mission is to preserve and promote Canada’s First World War legacy as symbolized by the Vimy Ridge victory.  They have enlisted Canadian celebrities including Rick Mercer, Don Cherry and Celine Dion to their cause – to encourage Canadians to call the $20 a Vimy and also to “Give a Vimy for Vimy” to help fund an educational centre at the monument.

Yet as reported yesterday by Joe O’Connor of the National Post, only 600 Canadians have given a Vimy for Vimy since the campaign began in 2013.  Which would seem to indicate that the concept of a nickname for the $20 has not yet caught on.

From a branding point of view, the fundamental problem is a lack of remark-ability.  Remark-ability is defined as the level of ease with which a concept can be shared with others through word of mouth.

There are a number of remark-ability issues that stand in the way of the Vimy Foundation’s idea.  If the typical Canadian was to hear someone else refer to a $20 as a Vimy, they would be quite confused.  If – if – they possessed a natural curiosity about why someone just called a $20 a Vimy, they would ask why.  This can be a good thing, because it gives the first person the opportunity to tell the story.

But if the hope is for a massive majority of Canadians to use the word Vimy, the fact that there is no highly obvious, intuitive connection between the $20 and Vimy presents a very large obstacle to adoption.  Loonie and Toonie, names which achieved near-100% adoption almost instantly, both derived from connections that were so obvious, they could not be avoided. 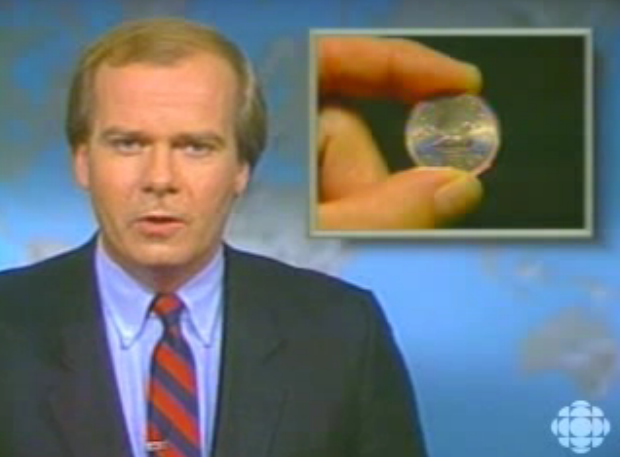 The name Loonie obviously derives from the bird on its front that to Canadians is very widely appreciated, the Common Loon.  Crucially, the Loonie was a new coin:  the slate was clean for a nickname.  The slate was also clean for Toonie (or Twonie), which is the richer nickname of the two, because it not only rhymes with Loonie, it has the feature of expressing the coin’s worth.

None of these remark-ability factors are in place for Vimy and the $20.

The $20 is not new.  People have been calling it a “Twenty” presumably since its creation.  An image of the Vimy monument is on the back of the bill, yes, but unfortunately the image is not that prominent.  The word Vimy and the battle itself do not relate in any way to the bill’s worth.

Two Ideas That Could Work
Remark-ability is all about making it easy for your audience.  And the anniversary of the battle does relate to a rather obvious number:  100.  If the Vimy monument artwork was to be moved to a newly-designed $100 in 2017 – a design that unmistakably conveys Vimy – this connection could be remark-able enough.

But the Vimy Foundation wants the Vimy name attached to Canada’s most commonly-used bill, the $20, perhaps as a symbol of our ability to go about our daily business – to live our lives – because of the men who died in the muck at Vimy and on many other horrific battlefields.

Which leads to an idea that is perhaps more promising: the creation of a limited edition $20 that is dramatically different in design, including colour, from the current $20.  The design would have to feature the Vimy monument, and even the word Vimy itself, in a fashion much more prominent than on the wider-circulation $20.

The most remark-able factor of such a $20 would be its scarcity – just like freedom itself.