There was a moment in the USA-Germany game yesterday when everyone in the audience laughed.  World Cup soccer is not intended to be comedy, but the crowd assembled in the lobby of a downtown office building could not suppress its laughter.

Two American players had simultaneously fallen to the field as if shot by a sideline sniper.  In isolation, this incident would not have elicited a snicker.  But faking injury is as integral to the World Cup game as green grass and a round ball.  Just see this hilarious advice in Maclean’s on fakery fundamentals (“Await the medics.  It is one of soccer’s proud traditions that every Euro-douche who trips over his shoelaces is tended to as though he took a burst of shrapnel while storming an enemy trench.”)

It turns out that while the Americans were arguably embellishing, they had actually hit each other hard enough to warrant a collapse to the field.  The audience simply assumed, with good reason, that they were faking.

Fakery is interesting from a branding point of view because it is widely believed that phoniness is no way to build a brand.  In contrast, it is believed that customers respond very strongly to – and are capable of bonding long-term with – fraud’s opposite number:  authenticity.

While the beer business, for example, sometimes uses frivolous and bikini-driven advertising to promote its products, it also relies heavily on heritage.  Stella Artois talks about its formation in 1366, Sleeman talks about its bootlegging past, and the craft brewers more recently on the scene (Steam Whistle, for example) talk about small batches, craftsmanship and old-time values.  And we know that people seriously identify with, and are loyal to, their beer.

Authenticity at the World Cup is irrelevant as a branding tool, because of the higher imperative that rules the tournament:  winning for your country.  What is important is not to win or lose with honour, but purely to win at any cost.  Any behaviour, biting included, is justified and at least tacitly encouraged by fans whose sense of national identity is threatened by losing and validated by victory.

The lesson is hopefully not that cheating is good brand strategy – but that if you can make people feel good about themselves, you will win. 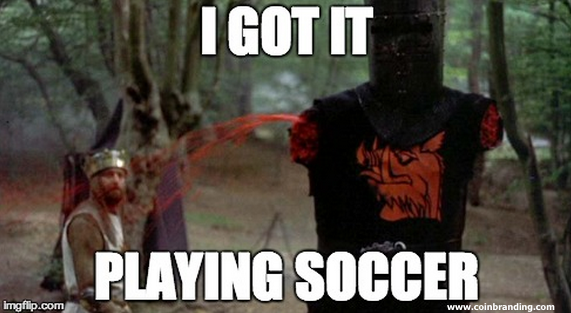 IN THE MEDIA:  Andris Pone comment on WestJet, Tim Hortons, Lululemon, Indigo and more.
BOOK:  Buy the #1 Globe and Mail bestselling Brand: It Ain’t the Logo or download a free chapter.