Normally, it would be a very short conversation.

But Tisdale, Saskatchewan, whose slogan since 1960 has been The Land of Rape and Honey, is not in a normal situation.  This tiny place of 3,500 has been traumatized by a horrifically cruel multiple murder, committed just two days ago.  So some sensitivity is called for when contributing to the serious discussion, which has been coincidentally ongoing, about whether it’s time to change their slogan. 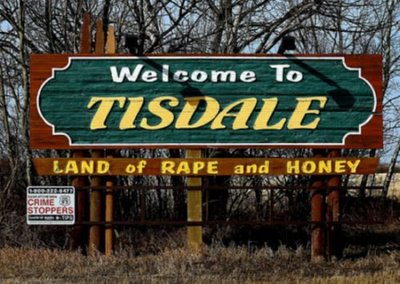 The argument in favour of changing the slogan is obvious.  This is not to suggest that the argument is necessarily “right,” but only that it’s obvious.

The argument against changing the slogan is that the town should not turn its back on its history, a large part of which has been the importance to the local economy of honey and rapeseed, or rape. 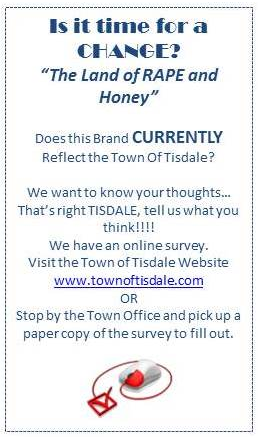 I checked yesterday with the authority on these matters, my 94-year-old grandmother in Winnipeg, and indeed the product has been called canola, a coined name which stands for Canada and oil, for some time.  The change from rape or rapeseed was made in the 1970s by the Rapeseed Association of Canada, at least partly because of the unpleasant double meaning of rape.

Knowing nothing additional of Tisdale’s situation, and having an emotional and geographic detachment from it, here are two questions that might help deliberations:

1. For the people of Tisdale, Saskatchewan, what is the objective of having a town slogan?

2. Given that objective, does The Land of Rape and Honey accomplish it?

If it does, keep it.  If it doesn’t, carefully go through the process of coming up with another one.  “Carefully” in this context does not refer to any need to correct a past “mistake,” but to the care and due diligence that should guide any brand positioning exercise.