What is a flight deck?

Why, it’s a place you drink booze, of course.  At a Blue Jays game, in the enormous stand-up bar overlooking centre field, into which crowd hundreds of fans for a bird’s eye look at the action.  I’ve been to the venue several times, right under the formerly-named Jumbotron, and it’s definitely a unique vantage point and a lot of fun.  And it’s the best deal in professional sports:  anyone with a ticket can access it, so you can just buy a nosebleed seat (sometimes less than $10 on StubHub) and you’re in.

At the Blue Jays-Yankees game this week, one could see a new, massive sign indicating the bar has been given a new name:  The WestJet Flight Deck. 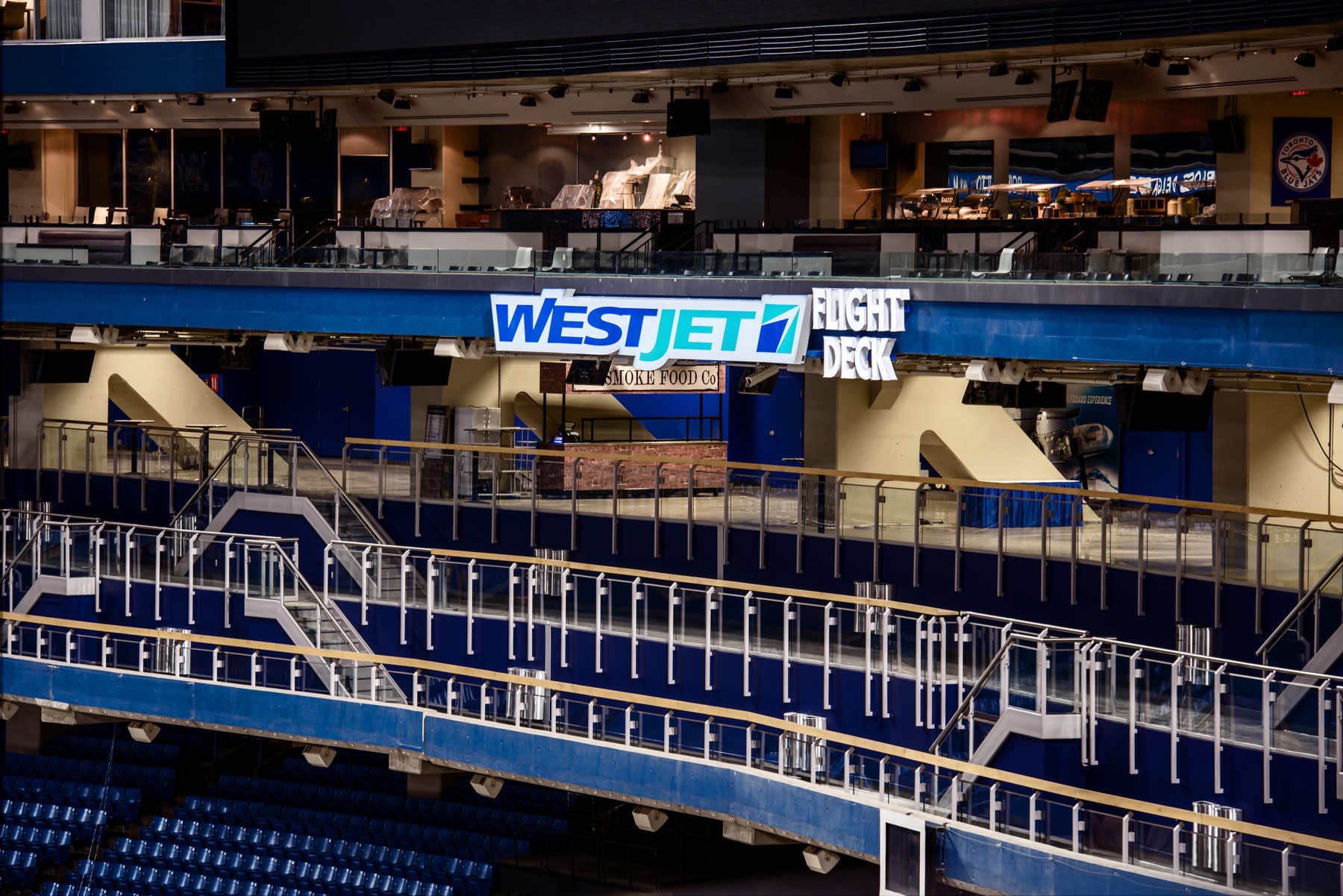 The double entendre WestJet was no doubt aiming for is with one of the two definitions of the term flight deck found on Dictionary.com:

1. The cockpit of an aircraft – the place from where the pilots fly a plane.
2. The area on an aircraft carrier on which planes take off and land.

It seems sensible that the first definition was the one being aimed for, and so we have WestJet drawing a connection between the cockpits of their planes and alcohol consumption.  And not just alcohol consumption, but – taking the metaphor a further, obvious step – flying on alcohol.   By this I am not referring to the idea of actually flying the plane while drinking, but to the idea of flying, i.e. being very much under the influence of something.

It’s not a no-no for an airline to associate itself with booze: they sell the product in their lounges and on their planes, after all.  But making a direct association between booze and the area from which the plane is flown?  That’s off-brand for any airline whose primary concern is to be associated with safety.  Which is, presumably, every airline.

Air Canada has lounges in major airports, called the Maple Leaf Lounge.  So they managed to create a name that avoids flying references while at the same time, refers to the all-important Canadian aspect of their brand.

Even if you think it’s pedantic to fuss over the second meanings of Flight Deck, ultimately the name adds no value to the WestJet brand story.  We know WestJet flies planes.  Every airline flies planes.  Every plane has a flight deck.  So Flight Deck is not differentiating.  There is no upside to this name, only potential downside.

How can WestJet make a more judicious choice, and simultaneously reinforce the absolutely most crucial part of their brand – that they care because they’re owned by their staff?  With a name like The Owner’s Box.