Names have jobs to do. Which ones do them best and worst?

Of all the jobs that great names must do, being free from offensive or otherwise inappropriate meanings is perhaps the most obvious.  Yet mistakes abound.  Consider the new Lumia cellphone (by Nokia), which translates in Spanish slang as “prostitute” – although in fairness, there is evidence the word is not widely known among Spanish speakers.  Or Windows Vista, “vista” meaning “chicken” in Latvian (on the off-chance you happen to be targeting Latvian PC users).  More problematic is the name Calpice for a beverage sold in Japan, which non-fans of the brand have coined “cow piss”. 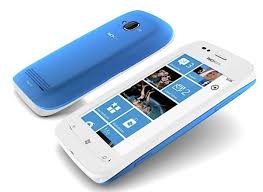 Indeed it is always a challenge to develop a brand name that won’t offend at least one human being somewhere on this planet.  Yet instead of throwing up our hands, we must make a robust linguistics check an essential component of any process that hopes to yield a name that works.

Perhaps ironically, the first checks should be done against your native language.  Not only is there an infinite and growing amount of slang terminology of which you are likely unaware, you simply never know how someone might interpret your potential name.  I recall, for example, a past spa client who was considering the name Spa Toi (Spa TWA), “Toi” intended to evoke the meaning “you” – as in “spa time for you.”  It did not take long for us to receive feedback that in English, the sound “TWA” suggested a euphemism most unladylike.

Shortlisted names that survive the English process can then proceed to linguistics checks in other languages relevant to your target market, to be done by a qualified linguistics firm.  There is a good chance that one or more names will be disqualified at this stage, as was Truis in our process with retirement home chain Revera – Truis found to mean “female pig” in French.

Despite the less-than-optimal interpretations available, names like Lumia, Vista, Spa Toi and Truis have at least some redeeming qualities.  Which ones do the linguistics job best and worst?  Vote and/or let us know in a comment.