Barack Obama, with the next presidential election less than a year away, is now what the Americans call a lame duck president.  Yet that positioning is very much inadequate to describe the distinct power held by a US president solely in the dying days of his office.

Lame duck refers to the notion that a president ineligible for re-election doesn’t have the power to get anything of substance done, either because he has indicated he will not run for a second term, or because he is completing his constitutionally-mandated two-term max.  Because no one will be beholden to him for another four or eight years, the theory goes, no one has to listen to him anymore (and in the American system and during the Obama presidency in particular, one must add:  if they ever did).

The president’s unique power at this time is the flip side of the lame duck proposition: because he will never again face voters in a general election, he can say pretty much whatever he wants.  Perhaps the classic example is the stark warning in 1961, given by President Eisenhower in his farewell address, to guard against the military-industrial complex, a term he is credited with coining. 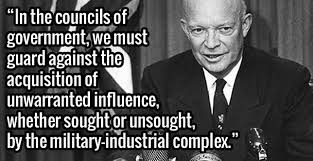 That was 54 years ago.  To this day, the term is dominant in public thinking about the fearsome combined power of corporations and the US Defense Department.

And so the moment is at hand for Obama to say something truly bold in service of repositioning two phenomena that have in considerable measure defined his presidency – and impotence – on the home front.  The first is mass shootings, and the second is the excessive violence and killing inflicted on black Americans by their police forces. 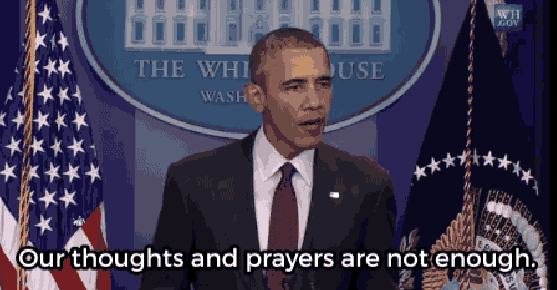 There is fundamentally no sign whatsoever that either bloodbath is going to stop. There are plenty of signs, on the other hand, that a very bad situation is going to get much worse.

Words will definitely not be enough, but they can absolutely be a good start.  Obama’s opportunity is to explode a particular three sacred cows of the American mindset:

-The Civil War is over, and the North won.
-The only people degenerate enough to inflict war on Americans are non-Americans.
-An American president is never, ever to admit that America has any weakness.

And so the president should say:  “America is at war with itself.”  Or even better:  “This is America’s new Civil War.”