Is Canada’s brand a joke?

That was the question I asked last year, in the midst of Canadians like Rob Ford, Justin Bieber and Chip Wilson behaving badly and attracting much mockery from a bevy of late night heavyweights including Jimmy Kimmel, Jimmy Fallon, Jon Stewart and Stephen Colbert.

Now that another Fall is upon us, the question has become:  Does Canada even have a brand – a culture, in other words – to protect?

The question has been made seasonal by Netflix, the American disruptor having thumbed its nose at the CRTC’s attempts to impose regulations upon it –  among them the Canadian content rules long endured by traditional broadcasters.  Canadians are watching Netflix in burgeoning droves, yet the company has provided only the tiniest token of Canadian content – being 10 new episodes of Trailer Park Boys – in implicit exchange for doing $300-million a year, and skyrocketing, in this country.

A further sign of change in the air was the start this week of the NHL hockey schedule, launched in Canada with a match between the Montreal Canadiens and the Toronto Maple Leafs, before which the Tragically Hip played a televised concert.  This was brand alignment with perfect pitch, for the Hip are unrivalled for their Canadian-ness:  they are the only band that one can fully completely claim is as Canadian as hockey itself. 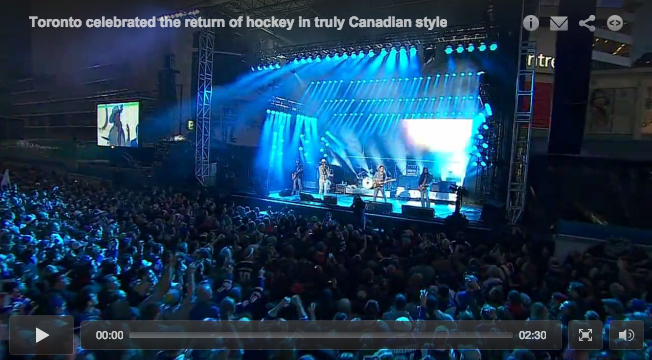 The fact that they are from Canada is an accident of birth that makes them automatically Canadian, but birth does not automatically make them – or anyone else on the very long list of accomplished and internationally-recognized Canadian entertainers – a Canadian act.

The Hip earned its status long ago as the quintessentially Canadian act by taking the further step of actually singing about this country and the things that matter to its people.  An abbreviated shortlist of songs includes “Fifty Mission Cap” (about the disappearance and discovery of Leaf great Bill Barilko), “At The Hundredth Meridian” (“where the Great Plains begin”) and “Wheat Kings” (about the wrongfully-imprisoned David Milgaard). 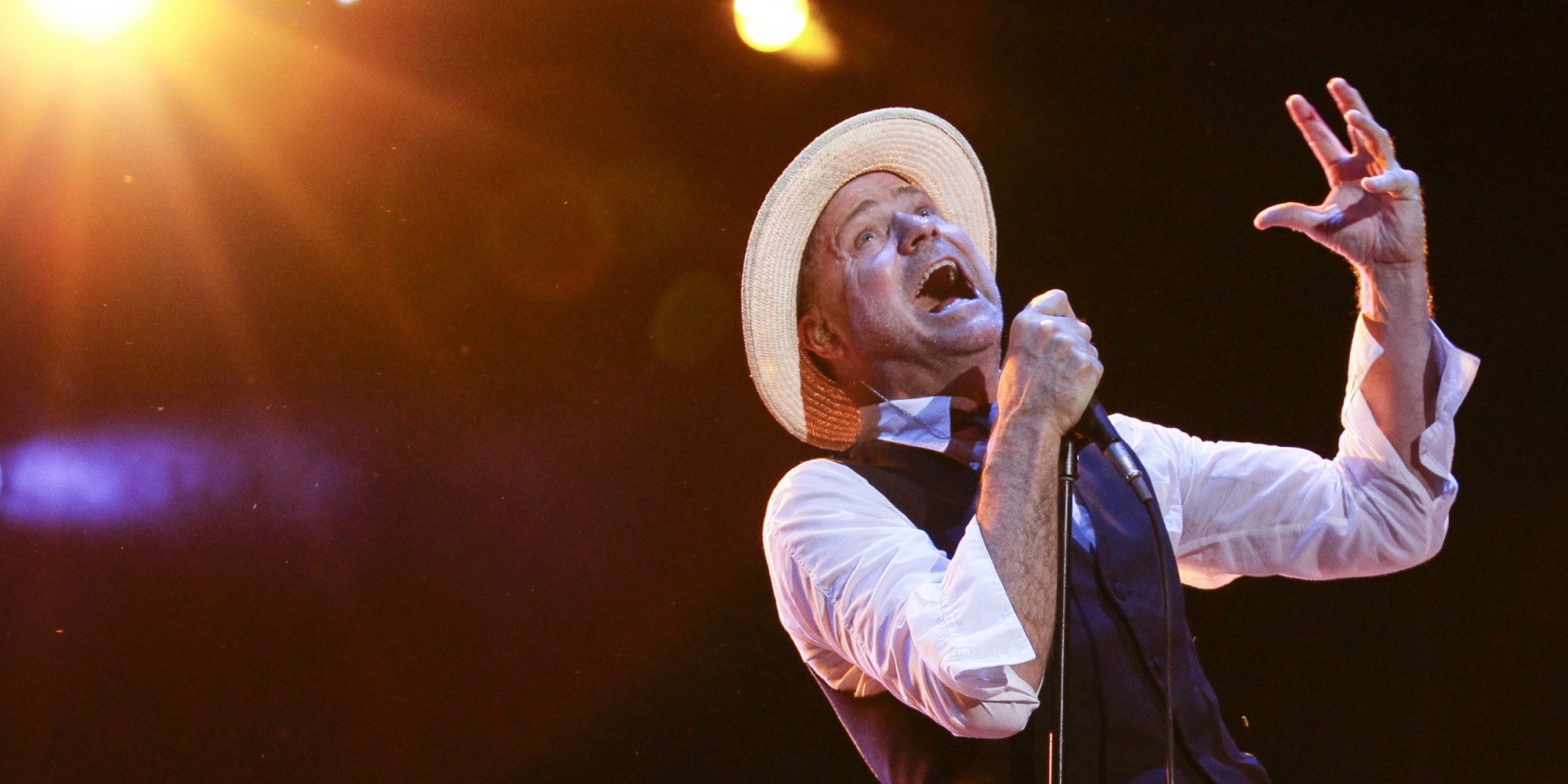 And so the Hip are an anomaly in the constellation of Canadian mega-stars – being the many actors, musicians, comedians, producers and entertainment industry movers and shakers who have achieved vast celebrity in the United States  – whose Canadian identity was only relevant to their careers because it gave them the key elements not enjoyed by the citizens of any other country outside the US itself:

-unsurpassed geographic proximity to the United States
-unsurpassed legal permission to visit and work in that country
-mastery of the American style of English
-the world’s highest awareness of, and adoption of, American culture

We as a people have often asked the self-congratulatory question:  “Why are Canadians so funny?”  Or “Why are there so many Canadians in Hollywood?”  But the true answer, if one buys the list above, is another question:  “If you are the most Americanized people in the world, how could you not punch far above your weight in terms of producing the comedians, actors, musicians and behind-the-scenes talent that feed the American system?”

So:  how much bona fide Canadian culture is there for Netflix to kill, or for the CRTC to protect?  We have such a thirst for American content that even the list of supposedly Canadian shows is dominated by renamed versions of American hits:  like The Amazing Race Canada, Canadian Idol, So You Think You Can Dance Canada and Canada’s Got Talent.

And then the most important question of all:  do we even care?