—
If, in your heart of hearts, you doubt our nagging claim that too many organizations fundamentally don’t know what a brand is, you need look no further than the just announced “rebranding” of Second Cup.

Second Cup’s stores have been behind the design curve for years, so the need to update the logo, store interiors, uniforms and the like is not in dispute.  But that work, unveiled at a flagship location this week, does not a rebrand make.  On the contrary, it is not much more than window dressing that will have little to no impact on whether Second Cup can grow its moribund market share and once again be relevant in the Canadian coffee house market it invented. 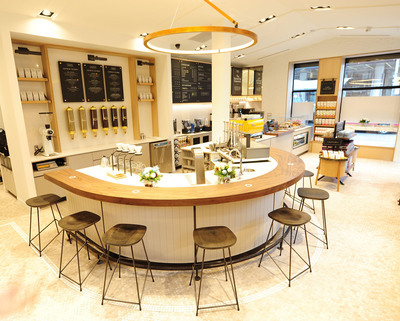 What Second Cup and many other organizations are missing is that a brand is not a logo (or new uniforms, or a new colour palette), but that it equals culture.  And in Second Cup’s case in particular, a major overhaul of that culture is required if they have any hope whatsoever of delivering an experience that rivals category champion Starbucks in any way, shape or form.

And yet, in Second Cup’s press release, not a single use of the word “culture” in reference to employees or the experience they are expected to deliver.  Speaking of staff, being the humans who actually deliver the brand, the word “employee” appears but once – in reference to the “stylish new employee dress code.”

To Second Cup’s great credit, the word “experience” appears 11 times, so they know that the true differentiator in the upscale coffee business, whose physical product is a commodity after all, is indeed the customer experience.  The problem is that a new logo, coffee machines and store design – and even the coffee itself – are not the pivotal aspect of experience.  Employees are.  And their level of effectiveness at delivering a great experience is driven by culture, not by what the logo looks like.

The media believes brand equals logo as well.  Do a Google search for “Second Cup new brand” and look at the words that pop out in their first lines of coverage:

We can only hope that Second Cup CEO Alix Box, who knows a hell of a lot more about the coffee business than I ever will, is working on cultural change behind the scenes.  In the last lines of her press release, she says that “this launch is a major step forward in our revolution…our work is far from over.”

Let’s hope so, because it is culture – the true meaning of brand, cemented as it must be in a brand foundation – that is Second Cup’s only shot.
—-

Recent comment on CBC Radio One:  Uber’s Misbehaving Executives
Book:  Buy the #1 Globe and Mail bestselling Brand: It Ain’t the Logo or download a free chapter.