This week, Canadian man Yue Liu drowned in Cuba, while saving his son from the same fate.  And someone online questioned whether his last words to his son – “I cannot save you anymore” – were actually uttered.

This week, Jim Kelly, the former Buffalo Bills quarterback who led his team to four consecutive Super Bowls, was flown on a private jet to New York, to receive treatment for a very aggressive return of oral cancer.  And someone online took the opportunity to trash him.

This week, Maple Leafs’ goalie James Reimer was viciously attacked on social media for his apparent poor play.  And a number of people by the same means attacked his wife, April.

My gut reaction to each of these scenarios is that the haters are barely deserving of description as human.  However, I should balance this instinct against the fact that I live in Toronto, the city in which Rob Ford stands every chance of being re-elected, and hence in which there are an overabundance of people I disagree with and have great difficulty understanding.

Last week, a fellow motorist took exception to a manoeuvre of mine and conveyed his displeasure with an F$&@ YOU!! so loud and melodramatic, he would have achieved the same effect by getting out of his car, lying down face first, and pounding his hands and feet on the pavement.

But of course, we was not going to get out of his car.  It was the protection of the car that allowed him to safely revert to a baby-like state.  Just as it’s the protection of the keyboard that gives people license to type things they would never say to someone’s face.  To the face of Yue Liu, Jim Kelly, or the Reimers, for example.

Today, thousands of people all over the world will yell obscenities at each other from inside the protective envelope of their cars.  Unlike the people at their keyboards, we can see these people with our own eyes, sometimes by looking at ourselves in the mirror.  These people are not aberrations.  They are the norm.

They have a desperate, desperate need to be heard.

Is your brand listening? 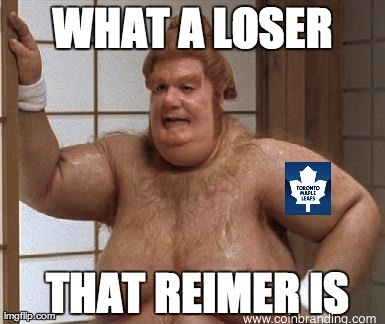