After the best season in their history, the Toronto Raptors might be ready to call it quits.

That’s right – they have been thinking very seriously about changing their name.  There has been a persistent belief in some quarters that Raptors as a name is too cartoonish and childish for a serious NBA franchise, originating as it did in the Jurassic Park-led dino craze, and perpetuated by uniforms in the early years of the team that made the players look like walking, running and jumping cartoons.

I have heard that ad agency Sid Lee has new names on the wall right now.

But a name change, after 19 seasons as the Raptors, would be a mistake.  Yes, a dino-sized mistake.

Here are five reasons why:

1. There is nothing wrong with the name.
First things first:  there is absolutely nothing wrong with the name Raptors, and there never has been.  There is nothing in the name that makes it inherently cartoonish or childish.  Everyone who has watched the raptors’ kitchen scene in Jurassic Park has felt just how much terror these insatiably predatory monsters can generate. 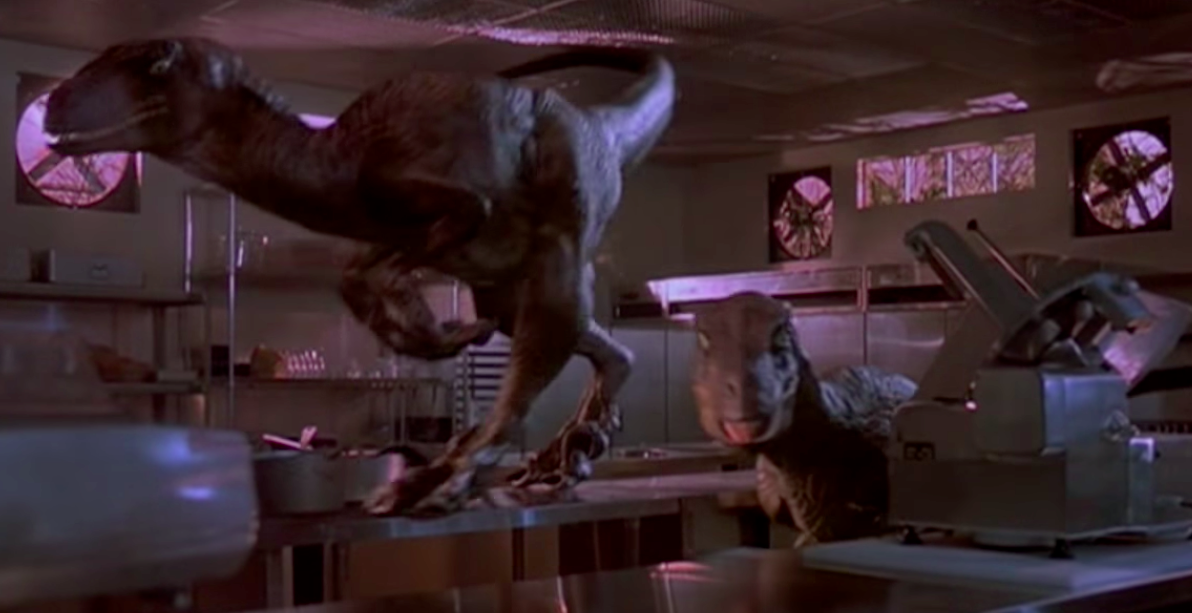 I’m no zoologist, but these animals could be the most fright-inducing creatures in history of the world.

The cartoonification of the Raptors was not an error in naming, but an error in bringing the name to life.  The early logo and uniforms were voted worst in the NBA and the players were said to hate wearing them. 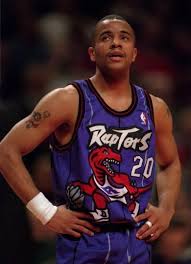 The effort to make the Raptors look more serious has been ongoing for years and is by now a success.  The purple has been dropped, a red/white/black colour scheme has taken over, and a new icon – a basketball morphed into a raptor’s claw – is killer cool.

And if the team wants its branding to be even more intense and even vicious, there is still plenty of runway to do so.

2.  The potential downside is huge.
Changed names can be met with derision and even hatred.  Sometimes, this is well-deserved, as in the case of the Ottawa RedBlacks, for example, which is a nearly meaningless name to Ottawans, and sad for the opportunity squandered to say something compelling about a team situated in a city with such rich origination lore (see Cache 119).

The Rogers Centre, just down the street from the Raptors’ ACC home, is widely disliked for its name, because it was changed from SkyDome, which – special note to Raptors management – was hated at first, but which fans grew to love.

“Bring back SkyDome!” they said, and are still saying nine years later; many people in fact persist in using the name.   The same could very well happen with a Raptors renaming.

3.  The potential upside is tiny.
In the absolutely striking “We The North” video the Raptors released last month, I happened to notice a half-second shot of what could have been a wolf sitting on a basketball court, which seemed like a nice touch in light of the northern theme.

Only later did I hear from a friend that Toronto had a basketball team called the Huskies who played just a single season – a single losing season – in the Basketball Association of America almost 70 years ago.

And so the appearance of the huskie could be a hint that the team is leaning in that direction or has already made a decision.

Exactly how would Huskies work harder for the franchise than Raptors?  Admittedly, there could be some fun howling, as the Phoenix Coyotes’ fans do (Cache 149).  But more likely there would be this chant: “Bo-rrinnnnnggg.”

Bringing a name back from the distant past sounds like an attempt to leverage a meaningful historical association, a fail in this case because the historical association is meaningless.  And this team already has a legacy to leverage.  That legacy is called the Toronto Raptors, and it is ludicrous to suggest that the Huskies’ history is somehow richer than the Raptors’.

4.  The story would be impossible to sell.
It may be that the players themselves, by racking up the most regular season wins in team history and by making a mesmerizing playoff run, have saved the Raptors from a name change.  Attendance spiked, TV viewership skyrocketed and the building was deafening – not to mention the decibels created by the few-thousand fans jumping up and down in the cold outside ACC, even during away games.

For ownership to say that yes, we’ve had the most successful season in our history, and naturally that calls for a new name, makes no sense – and the organization will twist itself into needless knots trying to explain it.

5.  Always respect your fans.
The bottom line is that a name change would be yet another slap in the face to the fans – the people who have so enthusiastically bought-in to the brand.  Over the years, this team has seen more than its share of changes and disappointments, most notably in the form of super-elite players coming here and then leaving.

Fans have also seen marketing campaigns come and go.  They have shown up year after year, and bought the new team merchandise on offer, no doubt in record quantities during this year’s playoff run.

To tell them “You know what?  We’re not happy with the bond you have with this team” would be heartbreaking and anger-inducing for the legions of fans who thought that their support – and they themselves – mattered.