Names have jobs to do. Vote on which ones do them best and worst.

Want a name that works? Then set aside the subjective question of whether you “like” it or not. What matters is whether it does the jobs done by all great names:

1.Communicate the brand’s essence
2.Be distinct
3.Be memorable
4.Inspire and attract stakeholders
5.Leverage an existing naming system, or create a new one
6.Be workable into a suitable domain name
7.Pass linguistics
8.Pass legal

Here in the third installment of this series, the focus in on Job #3: be memorable. I’ll critique some names in terms of that job, and then you can vote on which names do it best and worst.

Job #3: Be memorable
A memorable name makes it so much easier to market the product, service, organization or whatever you’re trying to brand. First and foremost, memorable names do several of the other jobs – in particular, they are distinct and they communicate the brand’s essence. In addition, memorable names:

-are short – they have one, two, or at most three syllables
-have multiple levels of meaning: by conveying double or triple entendres, for example
-are easy to pronounce and spell
-are pleasing to the ear (or euphonious, as namers like to say)

Kobo
Memorability score = 5/5
The name of Indigo’s e-reader scores low on distinctiveness, because its K makes it close to its much larger competitor, Amazon’s Kindle. Yet that was clearly an intentional and ultimately smart strategic move. Using a name similar to that of the market leader can make a brand memorable and quickly position it as a viable alternative. The payoff for Kobo has been very real: this week it sold to Rakuten of Japan for $315 million. 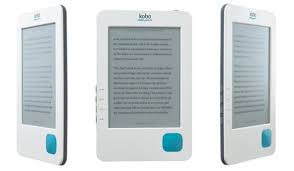 Salonpas
Memorability score = 1/5
I jotted down this name upon seeing a TV spot for it, but just had to Google it to recall what it was – a pain relief patch with a name that conveys nothing discernible about the brand’s essence. Its pronounciation is unclear, it sounds unpleasant, and very unhelpfully, it doesn’t sound anything like we expect a pain relief product to sound like (exactly opposite to the Kobo strategy).

Okrapeptide
Memorability score = 2/5
Again, I wrote down this name but couldn’t remember what it was for, mostly because it gives no hint. Turns out it’s a skin cream with a name that’s even uglier to the ear than Salonpas and looks nasty to boot. At five syllables, it is too long. But oddly, it is this name’s very unattractiveness that gives it at least a smidge of memorability.

Humira
Memorability score = 2/5
Humira is a prescription drug that treats conditions including arthritis, Crohn’s disease and psoriasis. If Humira was a product for humidifying your house, it would make immediate sense. Not so. And instead of conveying hope and the possibility of healing, it sounds sickly.

MobiGo
Memorability score = 5/5
Short, easy to say and with a childlike sound, Mobigo is a name that immediately suggests fun, speed and mobility. Perfect for a kids’ handheld product, complete with QWERTY keyboard and a touch screen, with which kids “get to emulate their parent’s gadgets while learning from characters like Shrek, Disney Princesses and Dora.”