Jian Ghomeshi has left the building, literally.  You know you’re done when your bosses let the media take pictures while your face, 10 feet high in the lobby of your workplace, is torn down and into shreds. 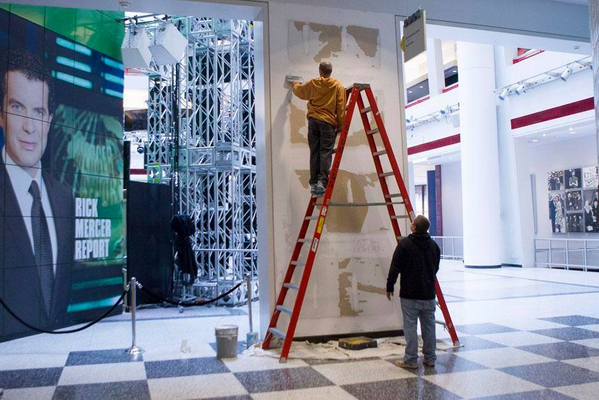 That or when your PR firm, on whose shortlist of responsibilities is that of taking the facts and bending them, publicly fires you.

The only ones left are Jian’s lawyers, whose $55-million action against the CBC is a contrived “joke,” according to a labour lawyer/commentator, because unionized employees have no standing to sue for “anything arising over the employment relationship.”

The lawyers and Jian’s dog, if he has one – and we know dogs are more likely to leave if they’ve been kicked.

So what to do about Q, the show that Jian created and for which he was the only host?  Should the CBC keep this brand name or scrap it and start fresh?

Against the backdrop of the very serious allegations being levelled by a number of women, and the trauma it seems clear they have suffered, consideration here of the show’s name should not be taken as trivializing in any way.  There are obviously more important issues at play than whether or not to keep Q as a name, and the Internet and media is full of them – hence the narrow, brand-centric approach being taken here. 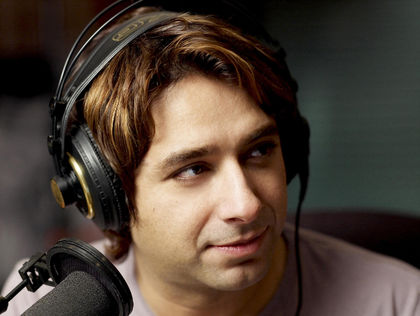 Pros
In favour of keeping Q, public awareness of the name is extremely high because of the scandal.  Not only that, media attention on Jian Ghomeshi’s acknowledged talent as an interviewer has ensured that the public knows this show is based on intriguing and unexpected questions – an understanding amplified by the memorability of this name (aided by both its brevity and allusiveness), standing as it does for “question.”

If the CBC chooses to relaunch the show with a new broadcaster in the chair, tastefully, after an appropriate period of time and without too much fanfare, they will get an unheard-of amount of positive publicity and incremental audience listening in. 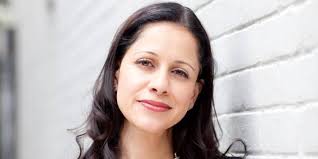 If on the other hand they choose to scrap the name and fill Jian’s timeslot with a newly-named show, they will get a small fraction of the attention, a bare blip on the radar.

Of course there is the question of whether Q is synonymous with Ghomeshi, and on that basis whether it makes any sense at all to carry on with the name.  Imagine Coach’s Corner without Don Cherry:  the man is the lifeblood of the show, and it will be gone, or at least it should be, when he retires or is pushed aside.  But I was not highly aware of Q until recently, so your comments on this dimension would be appreciated. 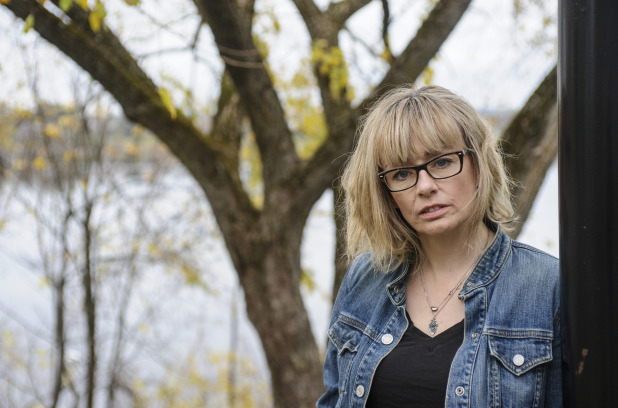 Cons
Weighing against maintenance of the Q name is the concern that the CBC might be seen as profiting from Ghomeshi’s alleged ill-deeds.  This concern will only be magnified if evermore serious allegations surface, especially if criminal charges are filed.  At some point along the continuum of bad to evil behaviour, it becomes inevitable that the name must be dropped.  Whether we will arrive at that point is unknown until we get there.

If, that is, we have not arrived there already.  It could be that the Q name is already irretrievably tainted.  It is very likely that for some people, that point has indeed been reached.  The name “Q” means Jian Ghomeshi to them, and Jian Ghomeshi means, well, more than a few deeply unpleasant things.

Then again, Rob Ford has committed an almost inconceivably long list of ill deeds, and his constituents still voted him in by an overwhelming margin.  And so it is that some people’s tolerance for bad behaviour knows few bounds, although it is a mammoth assumption that devoted fans are even capable of recognizing bad behaviour in the first place.

Rehab?
A final major factor is whether Ghomeshi can rehabilitate his brand to the point that Q is made viable for the CBC moving forward.  The point has not yet arrived (although it is still 1030am) that Jian’s brand is toast forever.  If criminal charges for truly abhorrent acts do not come to pass, and Jian immediately opens the PR handbook and…

…he has a chance of emerging one day and continuing his career, somewhere.  Human capacity for forgiveness is that strong, and his talent will help him.

So should the CBC keep or kill Q?  Fundamentally, it is a question of time.

—
Andris Pone is President of Coin, a leading branding firm with offices in Toronto and Montreal.  Through naming, tagline and brand foundation services, Coin pursues its vision:  a world in which every person can share their unique gifts in pursuit of their livelihood.  Coin clients include Sun Life Financial, Four Seasons Hotels and Resorts, BMO Nesbitt Burns, RBC Wealth Management, Oaken Financial, Fairmont Hotels & Resorts, Canadian Tire, The National Ballet of Canada and many others.