Michael Keaton is floating in his underpants.  Not that they are loose.  He is levitating, in mid-air, cross-legged.  It is the very first shot of his latest movie, Birdman, which is tied for the lead with nine Oscar nominations, and it immediately establishes one of the film’s key themes:  freedom. 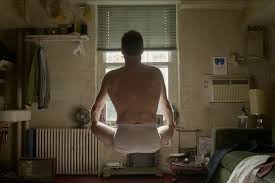 Or enslavement, depending on how you look at it.  Keaton’s character is the somewhat-past-his-prime star of the Birdman series of films, in which he starred as the titular, superpower-endowed character.  But now, in a small Broadway theatre, he is desperately and at times ineptly trying to do the opposite of what other people expect of him, the masses hoping for a brainless Birdman 4.  Surely not the play about love that he is producing, and is frantically trying to hold together long enough to get through opening night.

My movie date was curious about why this film resonated so deeply with me.  I replied that I am deeply attached to the idea of people doing whatever they want in terms of livelihood (hence the Coin vision and mission).  Of people throwing off the way they are “supposed” to be or what others expect them to do.  Without giving too much of the movie away, my debatable interpretation is that Keaton’s character successfully broke free of others’ expectations, and that his accomplishment was a beautiful thing.

I will have to get back to you on that. 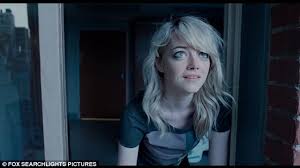 Five days have passed, and I have realized that my answer is first, yes:  I place too much importance on what other people think, both in my personal and work life.  And second, that it has become more clear to me, thanks to my date’s query, that the most important person in the definition “a brand is what people think of you” is you.

I spend a certain amount of my time pointing out (what I consider to be) the shortcomings of others’ brands – their undifferentiated positioning, their bland vision statement, their war criminal headshot – and asking some variation of the question:  “On the basis of a brand that looks incapable, aren’t you concerned about what other people will think of your ability, or the ability of your company, to do decent work?”

But let’s forget about other people for awhile, and instead ask:  “What do you think of you?  Have you set your brand free?  And if not, what will it take?”

New comment in Globe and Mail:  Standing out from the business school crowd
Recent comment on CBC Radio One:  Uber’s Misbehaving Executives
—
Book:  Buy the #1 Globe and Mail bestselling Brand: It Ain’t the Logo or download a free chapter.