This query formed the first sentence of our chapter on naming in Brand: It Ain’t the Logo.  Three years later, it is still a bloody good question.  Zoosk is a name that tells us nothing, not a thing, about what industry it’s in, what value it might offer you, and ultimately why you should care in the least. It is a name that robs its employees and everyone else in the world from an opportunity to easily spread the brand story, because we have been given no clue as to what the brand story is.

Compare Zoosk as a name with these three, all from Zoosk’s industry:  eHarmony, Match and Plenty of Fish.

Now do you know what industry Zoosk is in?  eHarmony and Match advertise like mad, but even if they didn’t, their names are so meaningful and memorable that you still get a very good idea of what they do and thus can easily spread the word to others – the phenomenon we call remark-ability.  Plenty of Fish is an even finer example of remark-ability, because they have what I would argue is the most meaningful and memorable name of all in this cohort – and they barely seem to advertise at all.

I blame my commute this morning for this flashback, for I spied an ad in my subway car for this brand:  Zazeen.

Maybe it was the Z that set me off.  But really, it is the name as a whole – which, like Zoosk and another name I just noticed from the world of dating websites, Badoo – that is wasting a maddening amount of human potential.

Zazeen is actually not in the dating site industry, so would you like to guess from which industry they actually come?  Just as it is impossible to situate the Zoosk name without mentioning competitors such as eHarmony and Plenty of Fish, Zazeen is unplaceable short of mentioning a brand like Fibe TV.  Fibe gives us a pretty good sense that it’s delivering television programming over the Internet.  Zazeen?  Zip. 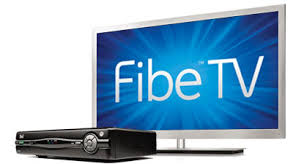 The loss of human potential created by a name not just void of meaning, but actually confusing, is very real and operates on many levels.  The employees of this company will spend an inordinate amount of their productive time repeating and explaining this name, because a high percentage of potential customers, investors and other stakeholders, upon hearing it, will very naturally respond “What?”, followed by “What’s a Zazeen?”, followed by “Why did you call it that?” followed by “How do you spell that?” and finally “What is the name again?”

This same tiresome merry-go-round will ensue when customers try to tell their friends about what could be an amazing service cloaked in a name that does everything to hide that fact.

Shomi You Care
The bottom line is that the company and its people will struggle unnecessarily to get their message across and be profitable in a business that is already extremely tough.  Contrast that self-inflicted challenge with the relative ease created by two other names just on the Canadian telecommunications scene:  Crave and Shomi.  I have seen a few ads for both of these services, and I seem to recall that they are not creating much if any new programming, but rather are showing previously-released TV series and movies.  Beyond that, I have no in-depth awareness of what they offer.

What can we assume of their offers, based just on that info and their names?

— Crave sounds like a service that gives us the favourites from the past that we really, really love.  Crave as a name also implies rapid satisfaction of that craving – that it will be easy for us to watch the shows that we want, when we want to watch them.

— Shomi conveys a similar positioning, except that, because it is being presented as a verb – as an actual demand – it places more emphasis on the on-demand dimension.  On the less positive side – and this is really not a big deal – Shomi has a slight pronunciation challenge to overcome, as the proper way to say it is not self-evident.  The name must be seen or heard in context to be understood.

What’s a Zazeen?  A company that deliberately chose a name that means zero.  Which makes sense only if you think you have nothing to offer.