The skinny guy with the grey hair walked on stage to a chorus of Happy Birthday.  He leaned into the microphone with a mock scowl, and emphasized his curse:  “I knew somebody would have to point out that I’m seventy-f____ing-one years old.”

The man was Roger Waters, former frontman of Pink Floyd, the band in a league with only Led Zeppelin and The Who as the widely- and deeply-revered heavyweight champions of the classic rock era.

The place was the world premiere, at the Toronto International Film Festival, of Waters’ “rib-rattling, sonically stupendous” documentary:  Roger Waters The Wall.  The documentary follows Waters as he drives through the countryside to visit the gravesites of his grandfather and father.

Hence The Wall, the prodigiously heavy and emotional 1979 Pink Floyd album that was Waters’ cri de coeur against the madness of war, the greed and idiocy of its political and corporate masters, and the human loss inflicted by those conspirators on a global scale.

And hence this documentary – which follows Waters on his personal journey, but is comprised mostly of breathtaking concert footage from his resurrection of The Wall as an enormous and spectacular live show that toured the world from 2010 to 2013.

And hence there were tears.

On Roger’s face as he visited his long-departed progenitors, played a sombre trumpet at their memorial sites and read from the letter written to his mother by the major who informed her of her husband’s death in combat.

On the faces of audience members at the premiere, as witnesses to Roger’s pain.

And on the faces of the 80,000-plus fans attending the live shows, filmed mainly in Quebec City and Buenos Aires – except they were crying for a different reason.

They were crying not in sadness, but in joy.

They were there to watch and listen to a live rock show, not an anti-war, anti-capitalist polemic.  Songs like Comfortably Numb, one of the most melodic, soaring and beautiful pieces of music and lyrics ever written, had fans in the front rows singing to burst their lungs, heads back and tears flooding down their faces. 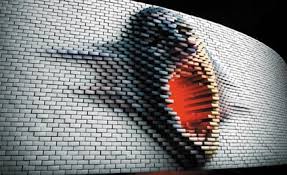 They weren’t crying for Roger, or for his father, who was mentioned only in the documentary film, not in the live concert setting.  Without the additional emotional context that we in the theatre had, the fans we were watching onscreen were purely having a raw reaction to the music and to the staggering animation projected onto the real-life wall – 500 feet long at some shows – built in front of them as the concert progressed. 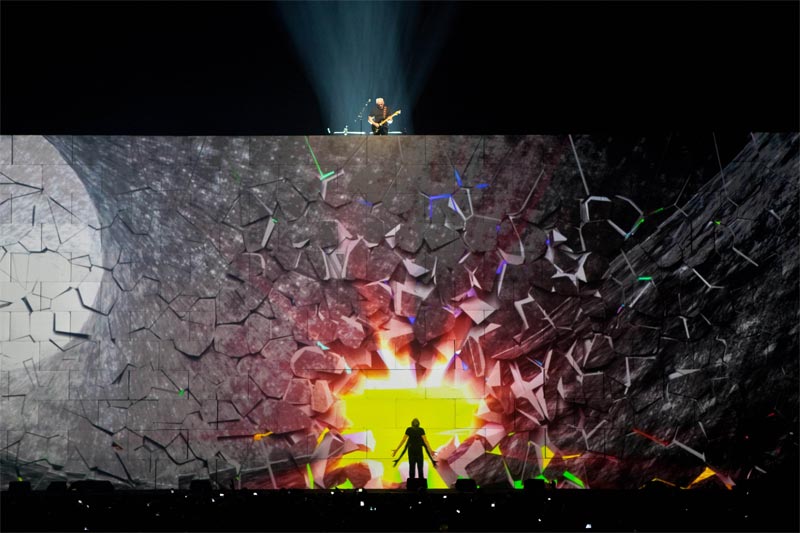 To be sure, Waters’ core message was conveyed with extreme intensity:  imagine a slow-motion animated sequence in which an endless row of aerial bombers pours an infinite number of blood-red crosses from their cargo bays.  Then imagine these blood-red crosses are followed out the cargo bays by an infinite number of blood-red corporate logos and national symbols, most prominently those of Mercedes, Shell and the State of Israel.

Nonetheless:  If Waters had decided to spread his message not through an overwhelming sound and light show but through a lecture tour, roughly 78,000 of his audience would have stayed home.

If the music wasn’t so bloody good, able to transcend the eons between the grizzled senior citizen on stage and the fans young enough to be his great-grandchildren, no one would identify with, or hate – or otherwise give a damn about – Waters’ political views.

So what’s your message?  It is an important one, to be sure.  And as Roger makes clear, it is the medium – i.e. the branding – and not the message that will ultimately make it rock…or not.

—
Recent comment in the National Post:  “Birks and Tiffany & Co: Battle of the Blue Jewelry Boxes.”
—
Book:  Buy the #1 Globe and Mail bestselling Brand: It Ain’t the Logo or download a free chapter.