If you walk into a Rogers store, don’t expect much.  Rare has been the occasion when I haven’t ended up on the phone with their call centre instead – the phone often handed to me at the recommendation of store staff themselves.  If there is a group of less empowered and worse-informed employees in existence, I have been fortunate enough to avoid them so far.

Should you dare to cross the threshold of their retail presence, do so with at least one hand firmly on your wallet.  For at Rogers there is (what I’m sure is) an unintended consequence to the remark-ably low productivity and caring of their retail staff:  because they are so poorly trained on policies and procedures, and lacking even the basic skills of customer service, they end up charging you infinitely more for products and services than the call centre would in the same circumstances. 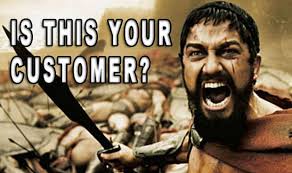 That’s right:  infinitely more.  Last week, my state-of-the-art smartphone, the Samsung Galaxy Note II, dropped dead after just four months.  To remedy this issue, I foolishly went to a retail location of Rogers, the company that sold me the phone and its plan.  After quickly confirming that the phone was in pristine condition and had no water damage, these scenarios were presented to me:

1.  Send the phone away for repair for two weeks, be issued a BlackBerry as a loaner (“but not a new one”), and because I didn’t buy “device protection” at time of purchase, be charged the cost of repair.

2.  Buy a replacement phone at full value, being somewhere between $149 and $729.  I was too livid to easily do math at this point.

Period.  These were my options.  And just four months previous, in order to buy my Samsung, I had paid a $400 fee to return my dysfunctional BlackBerry Bold before the end of its three-year contract.  Few if any phones in my experience make it alive to the end of a three-year contract, so the upgrade fee is huge gravy for Rogers and they must know it.  An additional nugget is that last summer, Rogers charged me $300 for 12 megabytes of data (perhaps 10 photographs maximum) I sent or received when in Latvia. 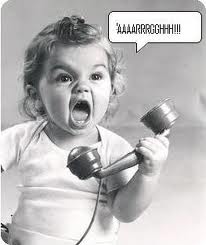 In this context and at this point I addressed the Rogers employee behind the counter thusly: “I’m pretty sure that if I stay here, I’m going to get screwed.”

So I grabbed my “smart”phone and regrouped at my home phone, from which I called the Rogers call centre, who decided in approximately 60 seconds to send me a sparkling new replacement phone by UPS, absolutely free of charge.  Gratis.  “Obviously,” I was told, “the phone died after four months, and whether or not you have device protection has nothing to do with it.”

Also notable in our brief conversation was their use of the word “warranty.”  My phone, being only four months old, was of course under warranty – a fact that didn’t even flit through the minds of staff at the Rogers store. 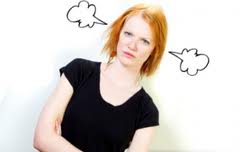 For me, being someone who can advocate for themselves even when bullies like Rogers get me down, the cost is nonetheless unfairly high – in monetary terms, and in terms of the frustration and disappointment inherent in having to defend yourself at every turn.

But as I left the store that day, I thought about the Rogers customers who maybe weren’t as savvy, who weren’t capable of advocating for themselves in the vigorous fashion required.  Senior citizens and the elderly.  Young customers, of which there are so many in this era.  People who simply aren’t up for an argument, or who don’t have the level of social skills one needs when a multi-billion dollar corporation is staring them down.

Just imagine how much revenue Rogers unfairly rakes in from these people every year.  How much “mean profit” – and I don’t mean “mean” as in “average.”  Might it be a line item in their annual report?  If it isn’t, it should be.

Rogers’ problem is at root a brand problem.  First, they obviously do not have a brand foundation – consisting of a vision, mission, values and other key elements – that employees are required to “live” in every customer interaction.  Either that, or somewhere in their mission are the words “screw the customer.” 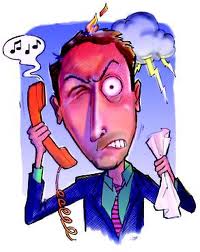 Or, perhaps they have a brand foundation but have fallen victim to Brand Killer Number One – inconsistency.  The staff at the Rogers store had one very clear set of values, and the call centre had another, diametrically opposed set of values.  Jeremy, the call centre rep I spoke with, said that “Here, we look at you in the best possible light.  We ask ourselves ‘what will make this customer happy?’, and then we do that thing whenever we possibly can.”

At the store, they look at the customer in the worst possible light – they assume that the human being standing in front of them is guilty and wrong, and they care not a whit about that individual’s satisfaction.  Ultimate responsibility for this disconnect lies of course with Rogers’ CEO, presently Nadir Mohamed and soon to be Guy Laurence.  Perhaps Nadir didn’t think of himself as a CBO – Chief Brand Officer – who bears responsibility for consistent delivery of the brand at every touchpoint.  Guy should.

Are You Making Mean Profits?

Take a close look at your operation.  There are sure to be inconsistencies; it is impossible to have none.  Ask yourself:  how much are these inconsistencies costing our customers?  The profits you derive from them likely aren’t mean.  But it would be nice, to say the least, if you built and then honoured a brand foundation that made consistency – otherwise known as fairness – far easier to deliver.

Your opinions are always welcome, especially if you disagree with something you read here.  Just use the comments form at the bottom of this post.  You will always receive a response, along with our sincere appreciation for joining our community.