You’re Different, Right? Two Ways to Act Like It.

Also, it’s important to articulate a strong set of values for your personal brand.  Except that writing them down is not enough.  You actually have to behave in accordance with them.  That’s the difficult part.  Just ask Enron.

Not a perfect example in the personal context, because they were a corporation.  But an instructive one nonetheless. Their stated values were Respect, Integrity, Communication and Excellence.  A set of corporate values so commonplace, a longtime client of mine refers to it as the RICE model.  Which points to a second problem with values as stated by so many individuals (and companies):  they are the same as, or not much different than, everyone else’s. 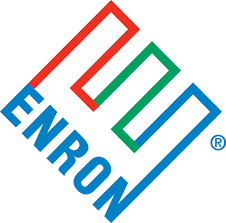 Which leads to the irony that when I am working with personal branding clients on their three-element brand foundation (the other elements being core purpose and position, as covered in recent weeks) I actually don’t have them craft a set of values.

Instead, I help them articulate a set of three to five character traits, defined as my voice; how I act and look.

What, pray tell, is character in this context?  Your character governs every way in which you communicate, from:

-an in-person conversation
-to an email
-to a voicemail
-to the way your email signature looks
-to your tone of voice
-to your style of dress, appearance and body language.

A set of character traits can be seen as more useful than a set of values because the former forces you to express how you will actually act out the latter, which is the point of having the latter in the first place.

But even a set of character traits can fall victim to the boringness and sameness epitomized by the RICE model.  To ensure this doesn’t happen, use one of two methods like these clients have:

1. The Colon Method.  Articulate your 3-5 traits in one word each, and then explain them.

Leslie:
Character –  my voice; how I act and look
Kind:  I don’t treat anyone differently because of where they’ve come from or where they’re going
Quiet:  Watching and listening is my way of learning
Dedicated:  There is nothing I would ask anyone to do that I wouldn’t do myself

Bill:
Character –  my voice; how I act and look
Tenacious:  Energetic and driven
Innovative:  Creative and solution oriented
Reliable:  Caring, supportive and thoughtful

Enzo:
Character –  my voice; how I act and look
I need to sort things out
I need to be able to tell the story
I am always looking for a better way

Danielle:
Character –  my voice; how I act and look
I am supportive
I am optimistic
I am making noise!

Bonus points for Danielle:  with her spot-on use of an exclamation point to emphasize making noise, she has reached the highly differentiated ground of actually expressing her character in character.

You’re different too, right?  You have something one-of-a-kind to offer in this universe, correct?  Act like it.

—
Click here and here for the other two blogposts in this series.  With these three posts, you can build your very own personal brand foundation.
—

IN THE MEDIA THIS MONTH:  In the National Post re Amazon and Etsy (new yesterday); on CBC Radio One re Volkswagen; in the National Post re Mac’s convenience stores.
NEW VIDEO: Check out my presentation in Houston earlier this year (to client USG) on what a brand really is.  (For the abbreviated version, start at 3:45 and stop at about 6:00.  For the longer version, watch the whole thing.)