This is the advice I received from at least three people upon telling them I was going to Mexico over Christmas – because the Mexican brand is highly associated in Canadian minds with getting killed in a variety of ways, including:

1.As an innocent bystander to a drug war that has killed 60,000 people since 2006.
2.In a freak accident related to Mexican incompetence, such as falling off a crumbling balcony on the first day of your honeymoon, or in a massive explosion caused by improperly maintained gas pipes.
3.In a random act of violence, such as being beaten by thieves in your hotel. 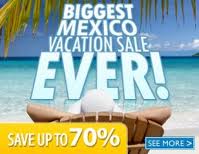 Because Mexico has hot weather and the price is right.  If you are looking for a hot weather vacation in the winter and also for the lowest prices, the choices are Dominican, Cuba and Mexico.

All brands are composed of a constellation of attributes, of pluses and minuses, that ultimately add up to a value proposition – a brand proposition.  And hot weather and low prices, as just two attributes in the constellation of Mexican brand elements, evidently outweigh the perceived violence component.

And so it may appear that Canadians, not especially known for a capacity to make coldly calculated decisions, actually do have the mojo.  Not just when it comes to vacations, but also in the realm of stretchpants.  To wit, Lululemon, a coincidentally Canadian brand whose founder and chairman, having made billions by peddling female empowerment (embodied in the Lululemon Manifesto), recently blamed female thighs for the increasingly rapid wearing out of his products.

Understandable outrage ensued for his hypocrisy, and the gentleman, Chip Wilson, has rightfully stepped down from his post.  For many women, however, his departure is beside the point – but not for reasons you might expect.  It’s not that these ladies want further indications of remorse from the company, but that they actually do not care that Chip blamed their thighs and thereby made false the entire foundation of Lululemon’s success.  They say that Lululemon makes their bodies look awesome, and that’s all that matters. 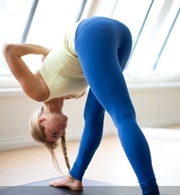 The upshot for marketers
There are many possible interpretations to these stories.  One is that consumers are governed above all by clear-eyed self-interest, that emotional appeals are ultimately a waste of time.  Which would be bad news for the Lululemon Manifesto and its ilk.

The news is indeed bad for the relevance of this particular manifesto, but not because of consumers’ cold calculations.

The news is bad because there is no such thing as clear-eyed self-interest.  There is only emotional self-interest, and the task for marketers is to figure out the optimal combination of emotional levers.  In the cases of Mexico and Lululemon, cheap heat and hot pants have won out.

QUIZ:
Does Your Brand Mean Business?