Really?  They forgot to Google it?

Not likely.  Still, many are dumbfounded this week at Google’s introduction of a new holding company name, Alphabet.  My first Google search of the story led to The New York Times, which had already pointed out that BMW had a brand with the same name. 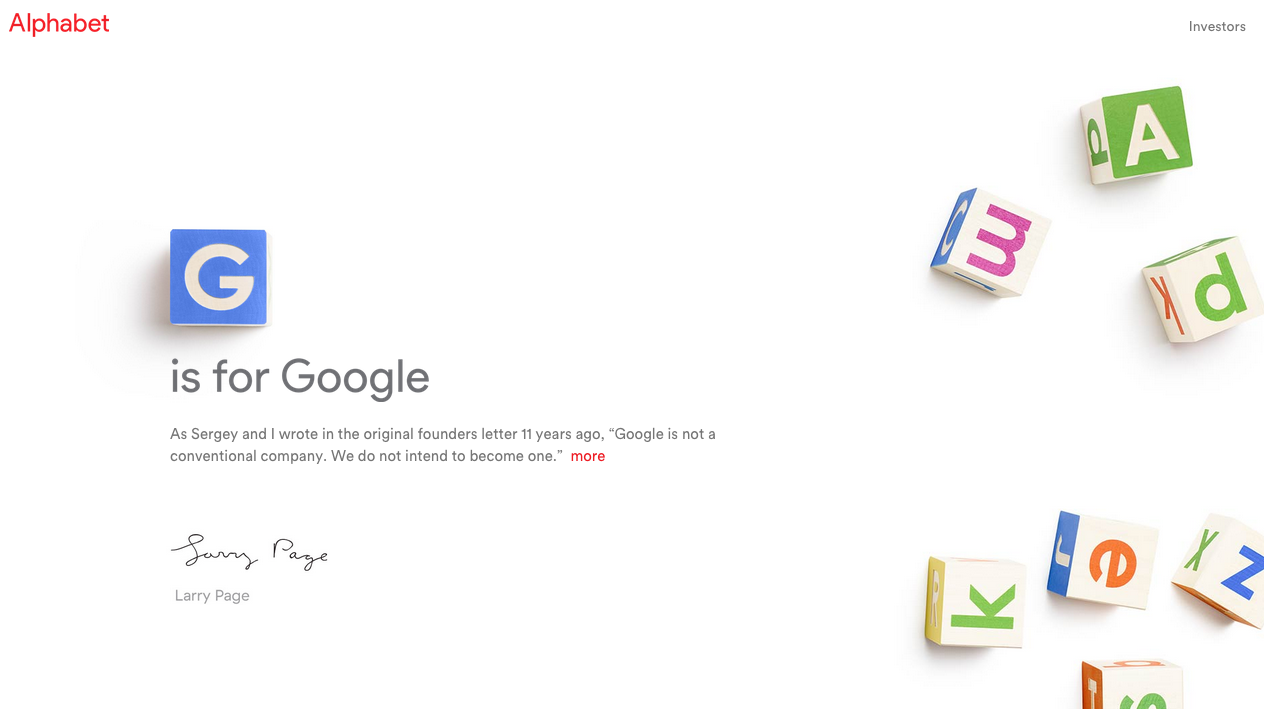 BMW, you may have heard, is in the car business.  An ad for their Alphabet brand describes the offer as “leasing”, “fleet management” and “mobility solutions.”  And as the Times reports, “Google is involved in the auto industry.  It offers a version of the Android operating system for use in cars and has done extensive research on self-driving vehicles.” 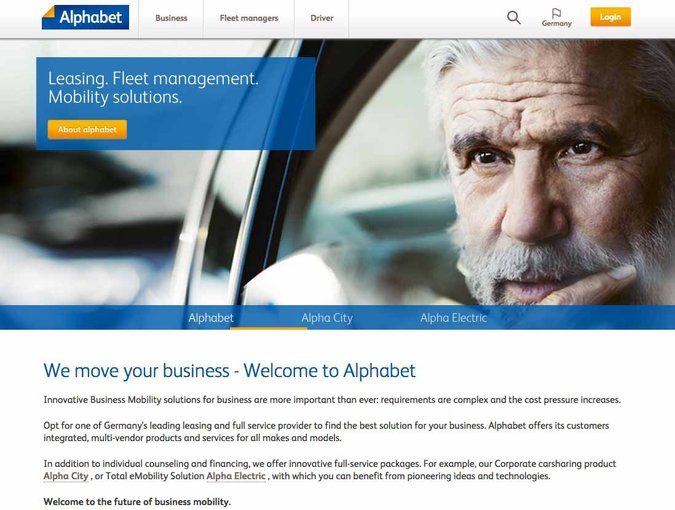 So will BMW launch a trademark infringement action against Google?  Will Google’s Alphabet, as the Times headline cleverly suggested, get some letters? (Check out, by the way, one of the most remark-able domain names of all time:  www.abc.xyz)

Maybe.  The key legal question is to what degree there is a “likelihood of confusion.”

There is Dove soap and Dove chocolates.  There is VIA coffee and VIA Rail. There is Triumph motorcycles and Triumph bras.  Adrian Kaplan, Coin’s legal contact and an intellectual property specialist at Piasetzki Nenniger Kvas, says this:  “The fact is that no one can monopolize a word of the English language as a trademark.  Different legal entities can use the same trademark without there being a likelihood of confusion if the nature of the goods and services and the channels of trade through which they travel are sufficiently different.”

Adrian went on to point out that there are already five separate legal entities in Canada with an allowed or registered trademark for the word “alphabet.”

I think it will come down to this:  if Google wants to use Alphabet for its car business, they will face a trademark infringement action from BMW.  As Adrian advises, “Just because Google may be involved with cars in one area of their business does not make their use of Alphabet in another area of the business, having nothing to do with cars, an act of infringement.”

My advice?  Fasten your seatbelts.