Posted on January 30, 2018 by Coin - Comments Off on Attract CBC Radio One Interview

According to LinkedIn, you’re all saying the same thing in your profiles. But: you and I both know you have a unique gift. How, then, to express it differently?

That’s what Attract is all about, and what Meegan Read and I talked about on CBC Radio One yesterday, here:

Personal branding chat with Mark Satov: how to actually be different

Posted on September 22, 2017 by Coin - Comments Off on Personal branding chat with Mark Satov: how to actually be different

Great chat with Mark Satov about personal branding, how to avoid sounding like everyone else on LinkedIn, and even what we can learn about brand positioning from Donald Trump. Posted on April 24, 2017 by Coin - Comments Off on Andris Pone media comment on Bill O’Reilly and Fox

I had the good fortune of a very pleasant conversation with Deana Sumanac of CBC News, regarding fallout from the O’Reilly firing.  Her central question:  what does the future hold for Fox?

Posted on April 17, 2017 by Coin - Comments Off on Andris Pone media comment on United

I had the pleasure of being interviewed by Hollie Shaw of the National Post, as well as by Mark Sutcliffe on AM1310 Ottawa. Here are the links:

Talking Trump on The National Tonight

Celebrities are swinging at Trump from the stage.  What does this phenomenon, and Trump’s reaction to it, mean for the brand of the American presidency?

I considered these questions and more in an enjoyable interview this afternoon with Ron Charles of CBC’s The National.  It airs tonight at: 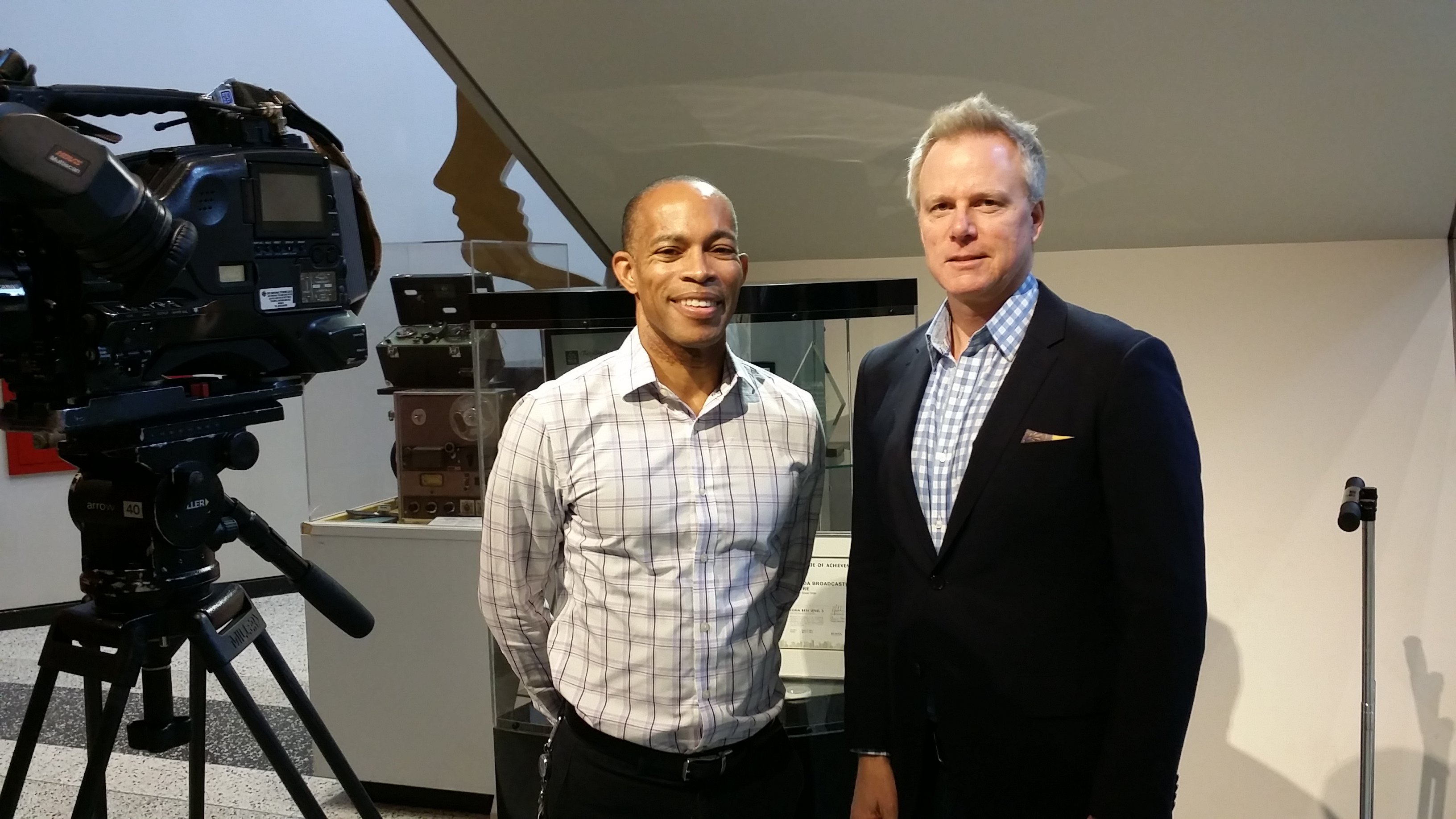 Posted on November 11, 2016 by Coin - Comments Off on Trump Proves Women Have a Brand Problem

What are the top branding lessons and implications to be digested from Donald Trump’s victory in the US presidential election?

1.Branding is values-neutral.  It is OK to have a brand based on hate and indecency. At least, it is OK with a very large cohort of people.  Watch in the coming years for brands that take their signal from Trump and position themselves assertively on the basis of bigotry, racism and sexism.

2.Contrary to the opinions of many, the brand of the Republican Party is stronger than ever.  Ask yourself:  if Trump had run as an independent, would he have won?  No.  Registered Republicans are going to vote for whomever is their candidate, no matter what.  This could very well be the case for Democrats as well; I am not suggesting this immovable brand loyalty – the naked pursuit of power at any cost – is strictly a Republican thing.

3.Trump saved his brand by winning.  If he had lost, his businesses – hotels and Ivanka Trump’s clothing line, for example – would not have individuals, organizations and foreign parties of all kinds lining up to essentially bribe the president of the United States by generously supporting his ventures.  There is no reason to believe a Donald Trump presidency will not be the most corrupt of our lifetimes – making Hillary look like an abject amateur and rendering curious the logic of “Lock Her Up” Trump voters.

Notably, this is not the same as saying consumers would have abandoned Trump’s brands had he lost.  We have discovered that Trump’s apparent amorality does not dissuade 54% and 45% of white, college-educated men and women, respectively, from voting for him, and these people are the most likely individuals to patronize his pricey offerings.

4.Women have a serious brand problem.  We of course define a brand as what people think of you, and as Ghomeshi lawyer Marie Henein – owner of Canada’s most powerful female personal brand ­– tells us, Canadians and Americans don’t think highly enough of women to elevate one to the top political job.

As Henein puts it, Clinton lost because she is a woman.  But in this beautiful and powerful piece, she does see a path forward.

The Beer Thrower Is Just Our Scapegoat

Posted on October 7, 2016 by Coin - Comments Off on The Beer Thrower Is Just Our Scapegoat

Because of Rob Ford, Toronto’s brand has suffered greatly in recent years – and it is a certainty that the city will continue to bear a negative association with him for decades to come.

But as we should have realized by now, there is a new villain for the city to contend with:  a good number of Blue Jays fans.  Sorry, but it’s far too convenient to scapegoat the one dufus who threw the beer at the Orioles’ outfielder.

Yes, determination of his identity was pursued as if he killed Kennedy; self-appointed online sleuths pored over video of the incident with all the lust of Zapruder film fanatics.

But what about the hundreds of people who threw cans and bottles in last year’s playoffs, in the game of the Bautista Bat Flip?  What are we doing to track all of them down?  The answer, of course, is nothing.  Such an outrageous idea never even entered our minds, because the collective denial of the fans, city and indeed considerable swaths of Canada (the Jays are branded as “Canada’s Team,” after all) has so far proven too difficult to even admit, much less do something about.

And what about the fans yelling racial slurs at the Orioles on The Night of the Thrown Beer?  There is at least one trustworthy source, CBC sports reporter Scott Regehr, who says fans were yelling as follows at Wayne Kirby, the Orioles’ first base coach:

“Go get some more fried chicken!”

A separate account, by Orioles fan Avi Miller, is that the player targeted by the beer can, Hyun Soo Kim, was also targeted with this:

“Go back to your country Kim!”

Speaking of chicken, the Blue Jays themselves have not even bothered to make an official statement on the issue of the slurs.  Perhaps they and we do not consider the matter to be sufficiently important?  Maybe we think the offenders are a fair reflection of Jays fans, of Torontonians, of Canadians as a whole?

A good long look in the mirror, by anyone in any of these cohorts, would be a fine start toward answering these questions.

Posted on September 23, 2016 by Coin - Comments Off on Sonnet Stands Apart

The essence of branding is being different.  At first glance, this objective might make branding, as a discipline, seem like a cakewalk – because pretty much every company out there thinks and says they are different from everyone else.

The truth is that exceedingly few organizations actually do come across as different.  They say essentially the same things and look basically the same way and even have names that sound similar.

But every once in a while, a brand comes along that really, truly stands out.  Right now, that brand is Sonnet.

Sonnet is a new insurance brand, now selling home and auto insurance to Canadian consumers – online.  So that’s the first thing that makes Sonnet very different indeed, considering the pervasive model is still to sell such insurance through salespeople.

Bravo to Sonnet’s parent company, Economical, for having the insight and courage to recognize and act upon the need for a very different offer to have a very different name – if one intends that offer to actually come across as different.  Have a gander at this list of the top 10 Canadian insurance companies in Sonnet’s niche (otherwise known as “property and casualty”):

…As we can see, Sonnet stands out bigtime in the way it looks, sounds, and above all, feels, which is soft, friendly and approachable.  And even poetic, sonnet of course describing a type of poem.

And easy, given Sonnet’s relationship with poetry, and the words poetry and poetic often used to mean wonderfully simple or beautiful to behold.

These meanings are markedly different from those communicated by the much more traditional names of Sonnet’s competition – the majority of which, now that I am arriving at the end of this sentence, I realize do not communicate much at all.  With the exception of Aviva, they communicate solemn promises such as trustworthiness, conservatism, and in the case of brands such as RSA and AXA, zilch.

Sonnet has thus turned this industry’s naming conventions on their head, commensurate with another, highly impressive dimension of how this brand communicates:  by talking about optimism.

Insurance is an industry that focuses on bad things happening.  But Sonnet has flipped the bird to that idea with this key message:

What’s the best that can happen?

Which message sounds more appealing to you?  Decide for yourself by checking out Sonnet’s beautifully executed ads here on YouTube.  You will recognize the narrator, in a spot-on casting choice, as Michael J. Fox – someone we can safely say embodies the optimistic ideal.

And while people most certainly love Michael, the iconic Canadian has a job that will be the antithesis of easy.  Because Canadians really, truly dislike the insurance industry.  So it is that Sonnet has boldly taken on the great challenge expressed in this passage, the last lines of their inaugural ad:

“It made us believe there can be an insurance company Canadians actually like.  Optimistic?  Yes.”

Branding It To The Edge

Posted on September 16, 2016 by Coin - Comments Off on Branding It To The Edge

It was my pleasure to speak yesterday at the annual Communications Retreat of Employment and Social Development Canada, a 25,000-person strong department of the Government of Canada.  The theme of the two-day retreat was “Taking It To The Edge”, hence the title, above, of my presentation.

In a nutshell, I told them that if they want to be cutting edge in their communications, they should simply abide by the Three Rules and Tools of Branding – because very, very few organizations have the discipline to do so.

Ryan Lochte and The One Stupid Thing You Won’t Do

Posted on September 2, 2016 by Coin - Comments Off on Ryan Lochte and The One Stupid Thing You Won’t Do

Last night was the first this summer that I couldn’t sit in shorts on my balcony.  Because it was too cold.

In the heat of July and August, it is possible to fantasize it is impossible the cold will return.  Even during yesterday’s daytime, there was no hint of a chill in the air.

But in the end it was here today, gone tonight.  Makes me think of Ryan Lochte’s brand – which I avoided commenting on when his story broke, much to the surprise of some readers.  I didn’t think I could possibly add anything of value to a story that had no nuances or conflicting points of view.  Lochte did something unequivocally stupid, and his brand value sank like a stone.  The end.

But the suddenness of the night chill manifested the following angle.

There are certain things, over which you have no control, which may cause the value of your brand to diminish.  Like the weather or the economy or Donald Trump getting elected, you can wear a sweater or hoard cash or build a bomb shelter, but you ultimately cannot control them.

Then, in contrast, are the things most definitely inside your ability to control.  Chief among these things are stupid things.  It’s like the so-called Obama Doctrine: “Don’t do stupid sh*t.”

It should be noted that even this seemingly obvious statement could be controversial.  Obama, angered by Hillary Clinton’s argument that “’Don’t do stupid sh*t’ is not an organizing principle,” was said to wonder “Who exactly is in the stupid sh*t caucus?  Who is pro-stupid sh*t?”

Fortunately, we don’t have to join him in the pool.  We simply have to contemplate our own weaknesses and draft a list of stupid things – things that would seriously damage our brands – we won’t do.

For simplicity, and because pride and time pressure compels me not to share my complete list of foibles with you, let’s just think of one.  Mine:  Be anything less than fully prepared for a meeting.  Have any of my potential and actual clients ever realized I was in this state?  Probably.  But I may never know, and neither may you.